Hanoi is the capital of Vietnam and the country’s second largest city. Its population in 2009 was estimated at 2.6 million for urban districts & 6.5 million for the metropolitan jurisdiction. From 1010 until 1802, it was the most important political centre of Vietnam. It was eclipsed by Huế, the imperial capital of Vietnam during the Nguyễn Dynasty (1802–1945), but Hanoi served as the capital of French Indochina from 1902 to 1954. From 1954 to 1976, it was the capital of North Vietnam, and it became the capital of a reunified Vietnam in 1976 after the North’s victory in the Vietnam War. The city lies on the right bank of the Red River. Hanoi is 1,760 km north of Ho Chi Minh City. October 2010 officially marked 1000 years since the establishment of the city. The Hanoi Ceramic Mosaic Mural is a 4 km ceramic mosaic mural created to mark the occasion. The Old Quarter, near Hoàn Kiếm Lake, has the original street layout and architecture of old Hanoi. At the beginning of the 20th century the city consisted of only about 36 streets, most of which are now part of the old quarter. Each street then had merchants and households specialising in a particular trade, such as silk traders, jewellery, etc. The street names nowadays still reflect these specialisations, although few of them remain exclusively in their original commerce. The area is famous for its artisans and merchants, including many silk shops, local cuisine specialties, clubs and bars. A night market in the heart of the district opens for business every Friday, Saturday, and Sunday evening with a variety of clothing, souvenirs and food. 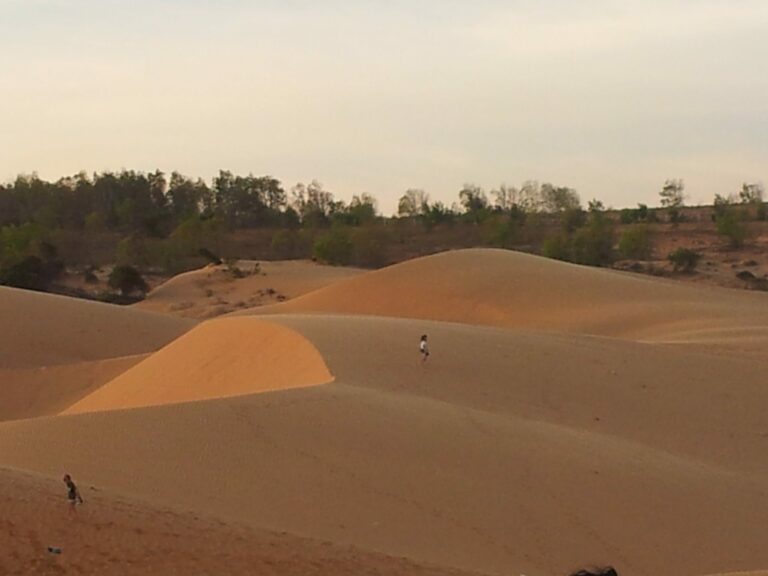